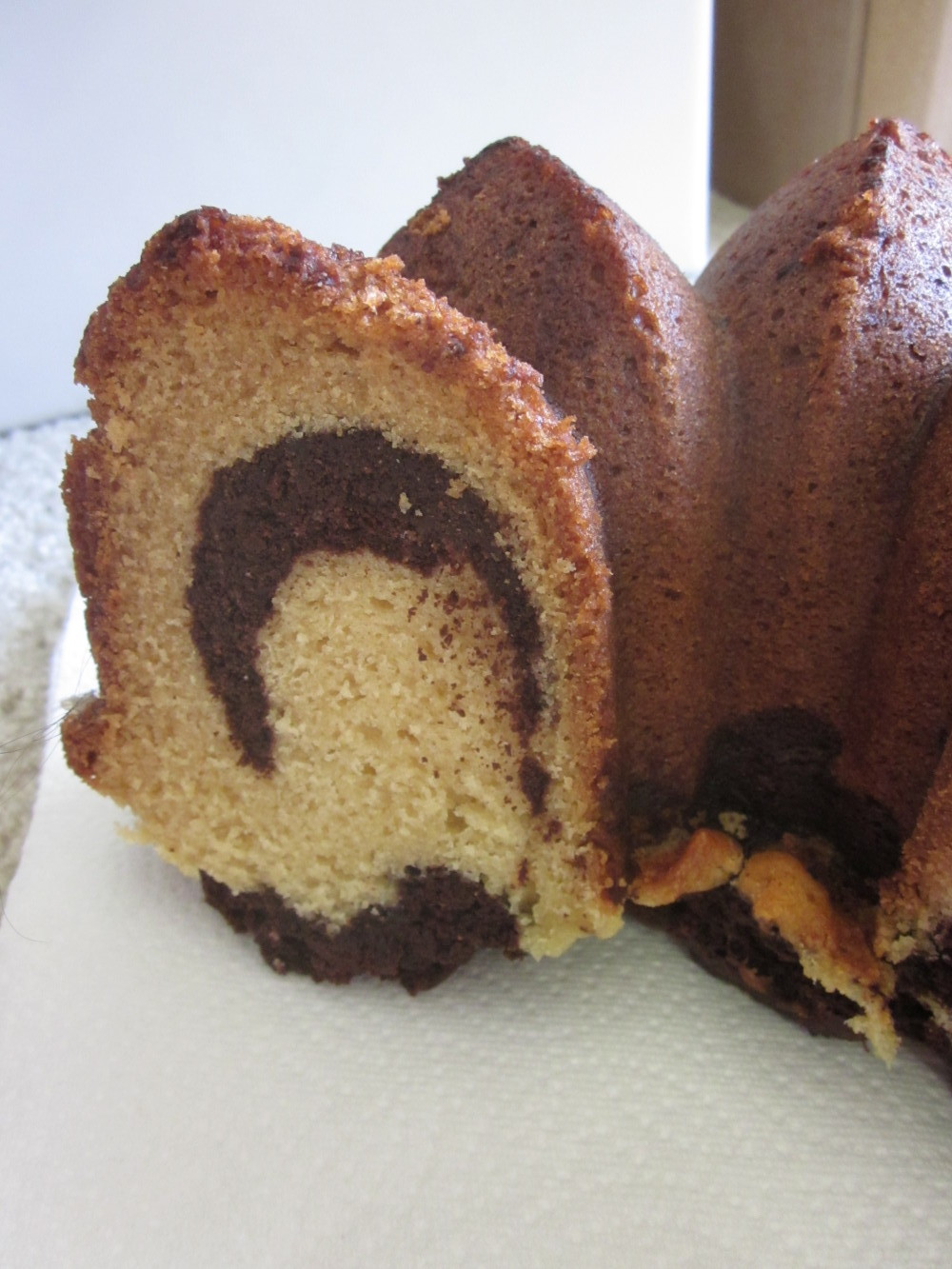 My friends and I wanted to watch “The Great Gastby” with Leonardo Dicaprio and I was tired of making cookies.

Tis the season to whip out my cathedral shaped bundt cake pan.

Those pans entertain me.

I love the novelty ones that are ridiculously gaudy. Because who doesn’t want to have a cake that looks like a circlet of Christmas trees?

Or a football arena?

So when I procured one from the great Nordicware brand, I was going for the absurd factor more than those pretty, scalloped edged, wavy lined or wreathlike bundt pans.

My bundt pan is shaped like a cathedral. I also have found out that a Star of David bundt pan exists.

Now when they make the  moon for Islam, I could have an Abrahamic religions set of three going.

I  scoured the library for a bundt cake cookbook and found “Cake simple,” by Christie Matheson,  a cookbook that makes everything from bundt cake classics (like dark chocolate cake) to new zingy recipes (like Fuyu Persimmon) to mini bundts.

I have made their boozy chocolate cake with bourbon sauce before and the cranberry creme fraiche with positive results, so the book has become  my go to for bundt cake delight.

Though Gatsby day would call for boozy cake, I made something lighter keeping the day after Thanksgiving in mind.

I chose the marble cake, because I’ve never marbled cake better before, and I wanted chocolate and vanilla.

The key thing about bundt cake and good cake recipes in general is that the cake has enough moisture- No one likes a dry cake.

Most of the recipes in “Cake Simple” use creme fraiche or sour cream as their moisture agent. I found out these are not interchangeable  as I was looking online.

The marble cake called for creme fraiche and I only had sour cream from making green bean casserole for Thanksgiving.

The recipe  instructed I separate the batter in two, adding chocolate to one and then layer them in the cake pan.

It was difficult to use a knife to spread the batter around but the result was still appealing.

Spontaneous marble is not a bad thing either, because you can still get pretty patterns after it bakes.