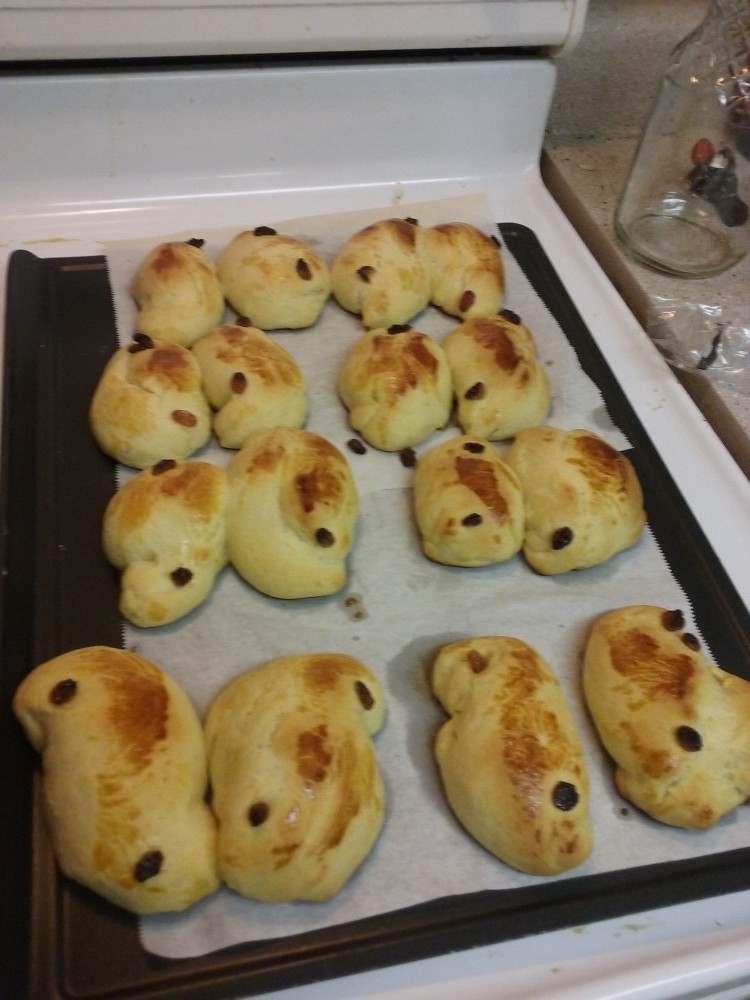 As another part of the holiday season, I made a Scandinavian treat called saffron buns.

These buns are from a cookbook called “The Swedish table” by Helen Henderson.

The book has great savory recipes too but I like to focus on the sweets especially for the holiday season.

I had a friend with Danish family roots awhile ago and he introduced me to their tasty baked goods beyond lingonberry.

We made these saffron buns once before for a party and there was also cardamon bread, which is not the same as a cinnamon roll but similar.

Locally in Portland, there is an annual Scandinavian fair in early December. They have these lovely treats, tasty soup, a St. Lucia celebration and wooden toys for sale.

Sadly I missed it this year but still went forward with making my own saffron buns. I also felt more comfortable making them on my own because of that “clone of a cinnabon” entry, and I needed to keep practicing dough hook recipes.

They turned out beautiful, buttery and saffrony: Perfect for breakfast!

Next time though I am going to make sure they get yellower by mashing the saffron.