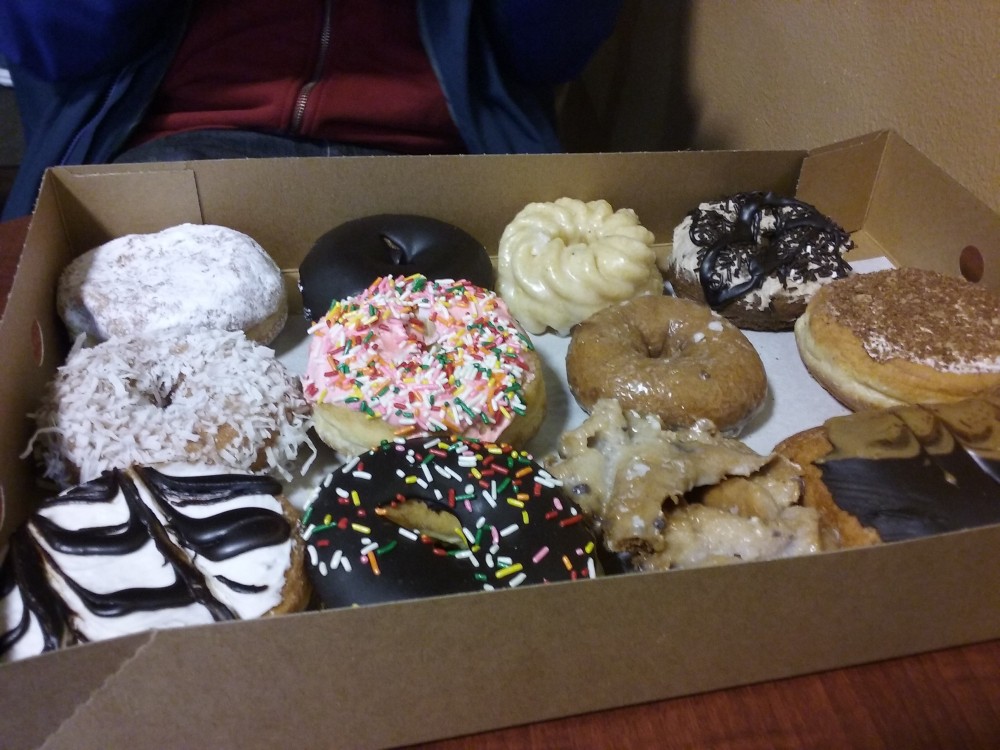 I emptied out my storage unit last weekend but I needed arm strength from three of my guy friends.

Moving always has the custom of treating those to delicious food in exchange for help with the annoying task.

To get them going, one of my friends wanted to try out the donut place called “Donut Day” in Beaverton.

He really likes donuts a lot. He even explained the origin of a “cronut” to me whilst we were in line.

A cronut is a cross between a donut and a croissant invented by Dominique Ansel. As far as I know, Donut Day does not have one of these but when I find one I will eat one and post about it.

Here is more about the cronut if you are interested: https://en.wikipedia.org/wiki/Cronut

But anyway, at Donut Day, he purchased the lovely dozen that is pictured above.

And there were several more flavors including classics like cinnamon twist but also inventive ones like pineapple fritter.

I enjoyed the fluffiness of this donut recipe and liked that they were willing to add more fruit and creative chocolate flavors.

Plus I do not have to schlep it to Portland for crowded Blue Star or Voodoo.

By the way, these were precipitated by fancy coffee which is a baked good’s best friend.

Fancy coffee to me means a local Portland coffee shop that has complex flavors in its drip coffee.  I often will drive at least ten minutes to buy some to make a cake with this fancy coffee too.

To have fantastic drip coffee, these shops post flavor notes on the roasters. The one I got said it had notes of red delicious apple and a slight jalapeno spice to it. And it was a lovely companion to the tasty donuts.