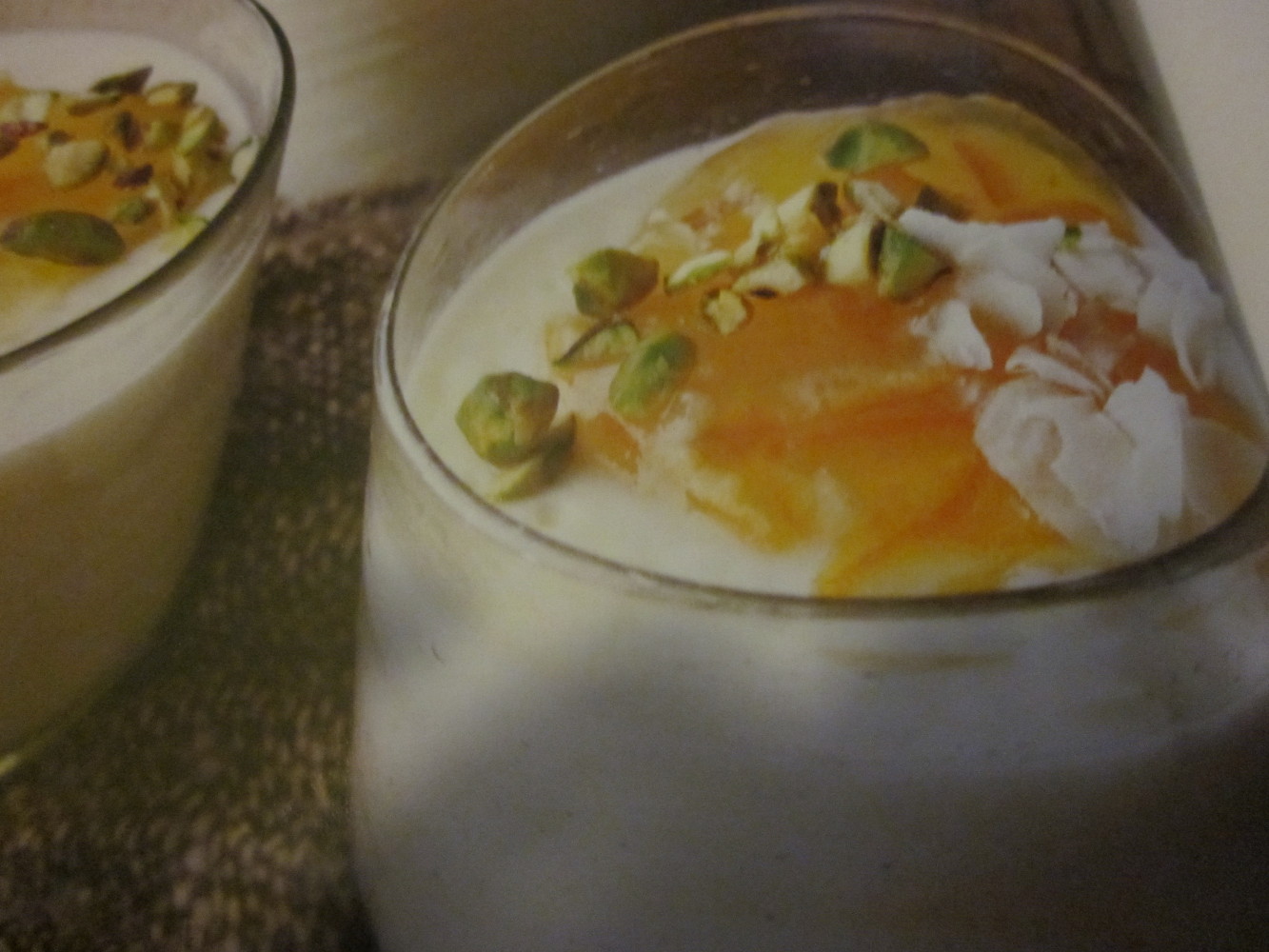 This picture of the malabi in Einat Admony’s book, “Balaboosta”  has been haunting me because of the beautiful colors. The creamy dessert is served with pistachios and orange marmalade.

I also had extra milk on hand that needs to be used soon, so this was the perfect reason to make malabi. To me, it looks like a swedish cream meets panna cotta, but with the vibrancy of the orange and pistachios, it is a dessert full of beauty.

For those interested in cooking, turn to page 199 in Einat Admony’s “Balaboosta.”

The malabi is very quick to whip up at a moment’s notice before you put it in the fridge to set for 6 hours or more. Be careful with adding the cornstarch. The recipe tells you to add the cornstarch and rosewater while its on the stove, do it quickly and whisk immediately, because I got some chunks forming because of the heat.

I removed the chunks and put it in the fridge, but it stayed milk.

So I decided to try this dessert a second time. Here are some tips the second time around:

1.) Make sure the heat is high enough, until the milk is frothy boiling.

2.) To avoid chunks, even though I whisked that corn starch and water, I let the milk mixture cool before adding the rose water and corn starch.

3.) This takes longer than 6 hours to set. It still is quite to prepare but the setting takes time.

Update: This malabi has been chilling for so many hours and still hasn’t set yet! Maybe you will have better luck trying this than I have. I am going to wait awhile until I try this recipe again though, because two failed attempts frustrated me a ton.