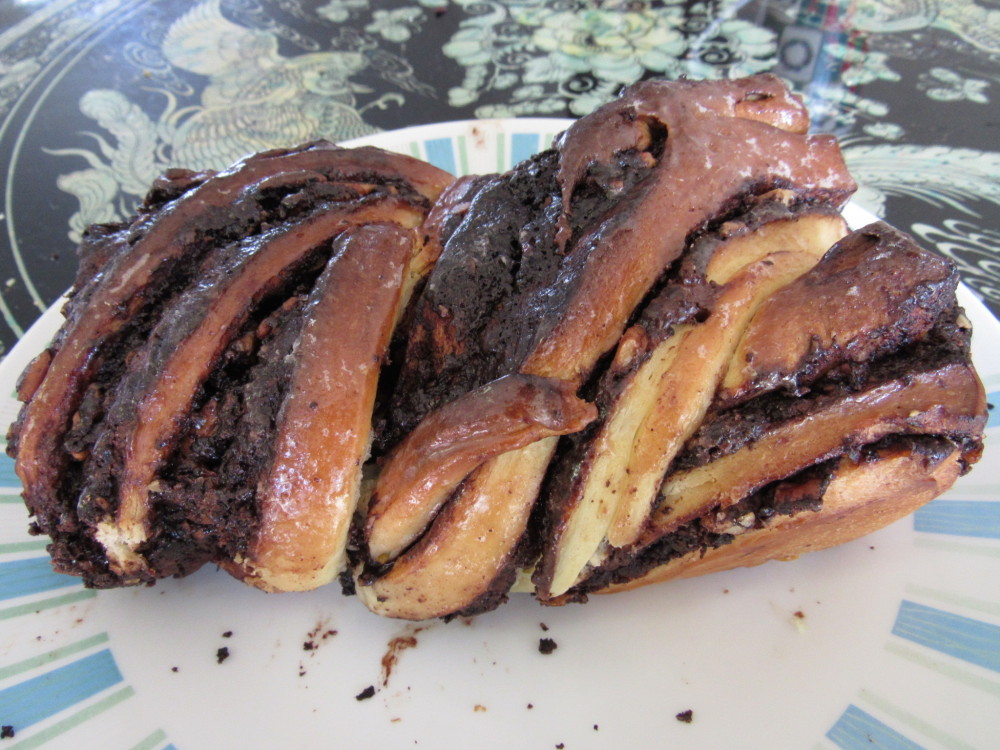 Another thing my Indian friend made from The “Jerusalem” cookbook by Ottolenghi and Tamimi, was krantz cake. I think she used walnuts instead of pecans though. I believe that krantz cake is kind of like a fancier babka. Making krantz cake is a lot like making cinnamon rolls except you half the dough and then braid it.

I suggested to my friend that we make krantz cake some time, and he decided that a good time was Easter Sunday.

Both of our families were not really religious for Easter; it was mainly a day to get dress up, chomp on chocolate bunnies and go on an Easter egg hunt. But now that we are adults, we decided to have a lavish, relaxing brunch. It also meant committing to this baking project.

The krantz cake pastry is not for the faint of heart. It requires you to make the dough and let it rise overnight in your fridge.

After that, here are the remaining assembly steps: 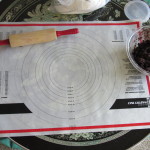 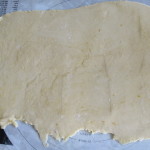 Slab of dough rolled out 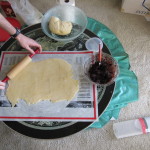 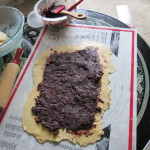 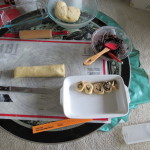 Cut off ends of rolls 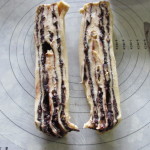 Cut even roll in half 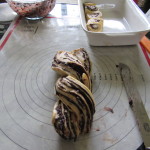 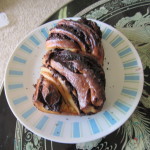 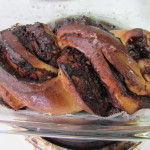 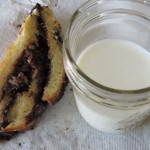 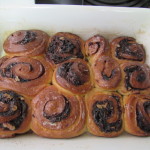 As soon as we ate 3/4 of the first cake, we started brainstorming all kinds of variations. I guess we felt we were bad asses now that we completed such a great pastry feat. The lemon peel element was good, but I think I would prefer orange. The pecans made the roll a little too chunky in my opinion.

Since my friend was still disappointed over the lack of icing in our “clone of a cinnamon roll” episode, we made all of the sugar syrup that this recipe called for. But like the orange cake I made from this cookbook, we really did not need all of the syrup. The syrup hardens as the pastry cools like a donut glaze and this pastry is so decadent already.

The krantz cake is perfect for a large brunch so then the roll is hot and you can share it with many people.

Make sure to cover this tightly when storing or else it will lose the gooeyness and become too crusty.