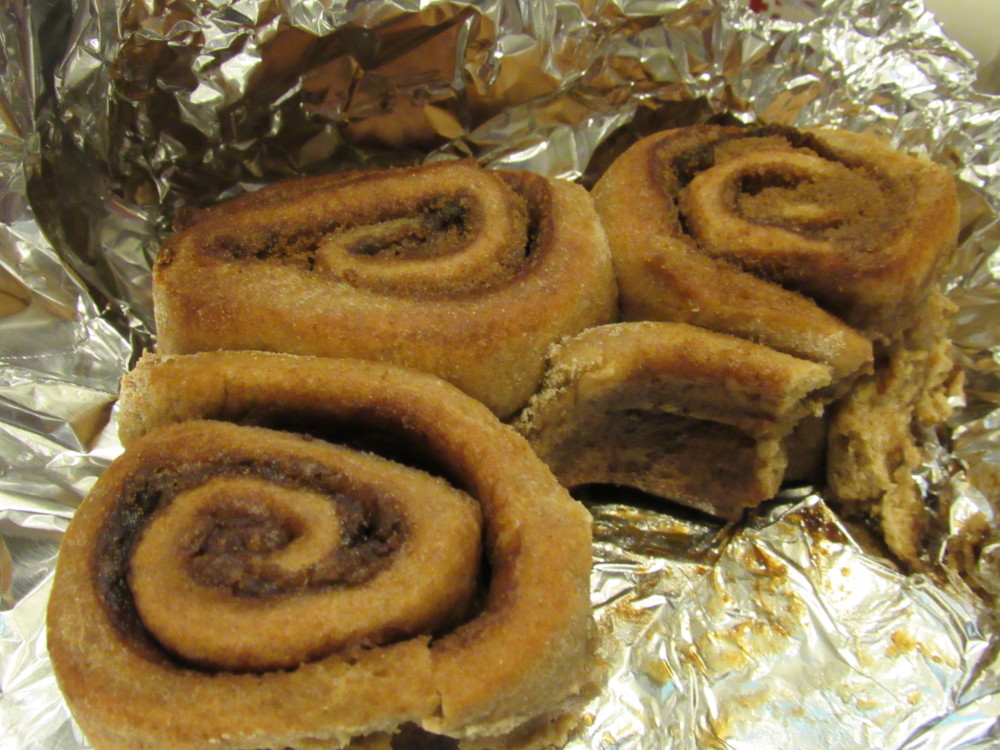 My friend and I went to the hot springs last Saturday and as usual we ended up talking about food.

He wasn’t sure where to find the Cinnabon chain in Oregon, but soon we found that it did not matter because he knew how to make cinnamon rolls exactly like they did.

I had sort of attempted these before but never with actual yeast so they rose. They also did not have the tasty filling that I wanted.

When we got back to civilization, this became a real kitchen project.

We stopped at the New Seasons for some bread flour and then he shared the online recipe with me, that is literally called “Clone of a Cinnabon:”

I learned many things besides a delicious morning breakfast from this recipe:

1.) The dough hook on your Kitchenaid mixer does a lot of kneading for you.

2.) Fancy whole wheat bread  flour is just as good as white flour for a pastry this sweet. Ditto that for not needing frosting.

3.) You spread a lot of filling (USE VIETNAMESE CINNAMON!) and butter on the dough and then roll it up into a sweet log shaped thing before you cut the dough into roll slices.

4.) These made tiny rolls so you can have more than one.

I hope my friend and I cook more together.