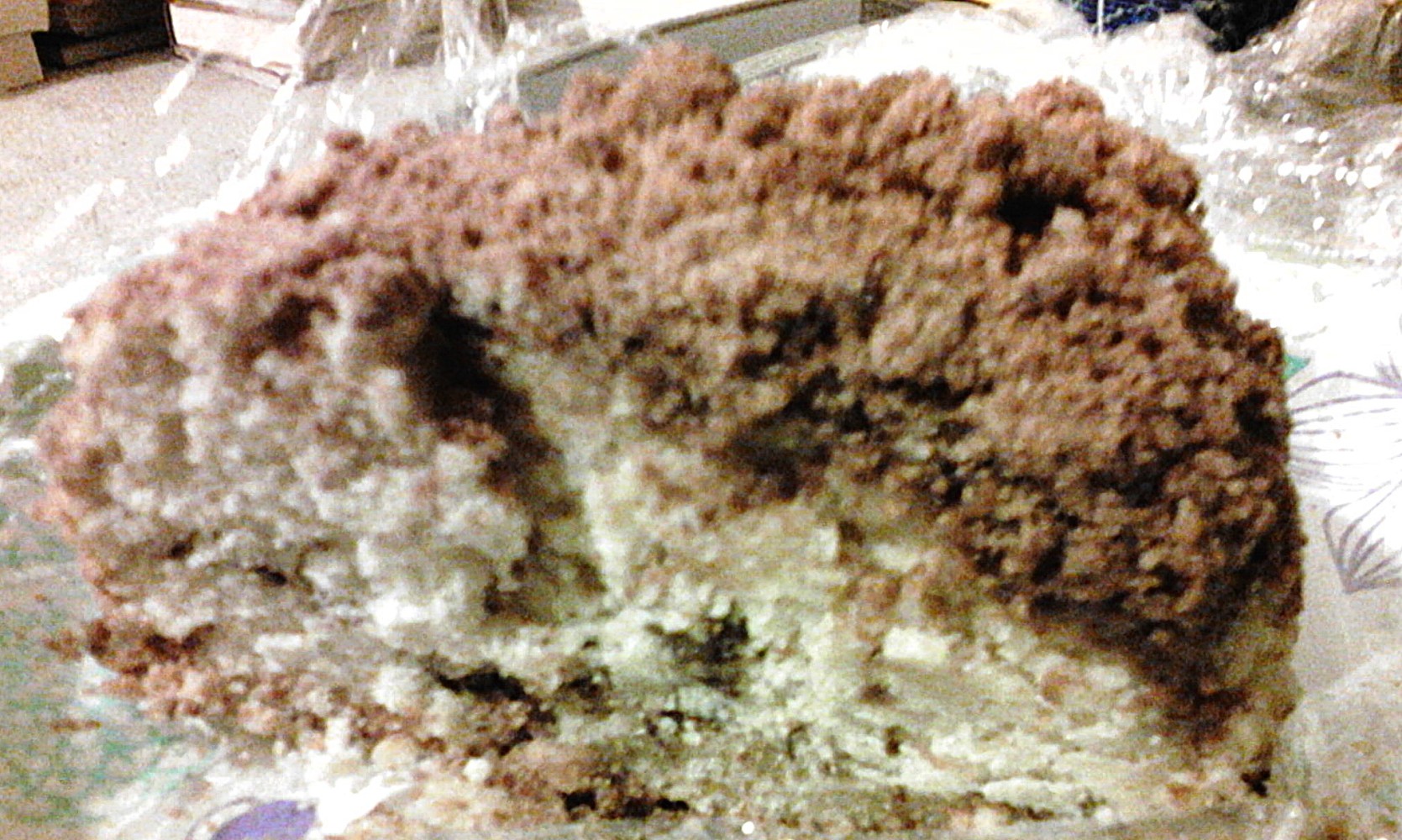 In want of cinnamon rolls for my brunch, I toyed with the idea of making a cinnamon cake that required a special cinnamon bundt pan.

But I decided to crack into more of Saveur’s New Classics Cookbook collection to see what they suggested.

Coffee cake is quicker (no rising time), and lighter than a dense roll, which was the counterpoint I needed to a heavy Spanish fritatta.

I also wanted an abundance of cinnamon similar to eating a roll.

And the Saveur cookbook added cinnamon extract to the coffee cake topping so I was all over that.

Though I could not find this extract, I made the cake without and still had the flavor I was going for.

This cake is in the dessert section of the Saveur cookbook and the addition of cake flour makes it rise nicely.

I really enjoyed the proportions of the coffee cake topping, because even sans cinnamon extract, this cake was as addictive as crack.

I had to pull myself away from eating the crumbs in the cake pan and am thankful I gave my friends some to take home.

So far, the Saveur cookbook has  been helpful in giving me great recommendations in cooking techniques. For example, when oven cooking bacon, use a lower setting so it does burn as easily.

I do think they are less specific within the recipes though.

They didn’t mention if I needed to add cake flour to the topping so I just added regular flour. But the only outcome to that was tasty topping.

I also feel that they add liberal amounts of vanilla because this is the second breakfast bread I’ve made that has stronger vanilla tastes.

The Saveur cookbook seems kind of in a hurry to document their recipes and I feel they could slow down to highlight that they make really good food. Throw in more pictures or an interesting font (even a scripty one) to get me excited about cooking . They can be so precise and have a a real art to cooking so why not show it off?

Perhaps I am biased with my dislike for cookbook anthologies. Their tasty recipes are indexed in an interesting fashion though: by ingredient and by cuisine type (i.e. Middle Eastern, Greek, etc.)