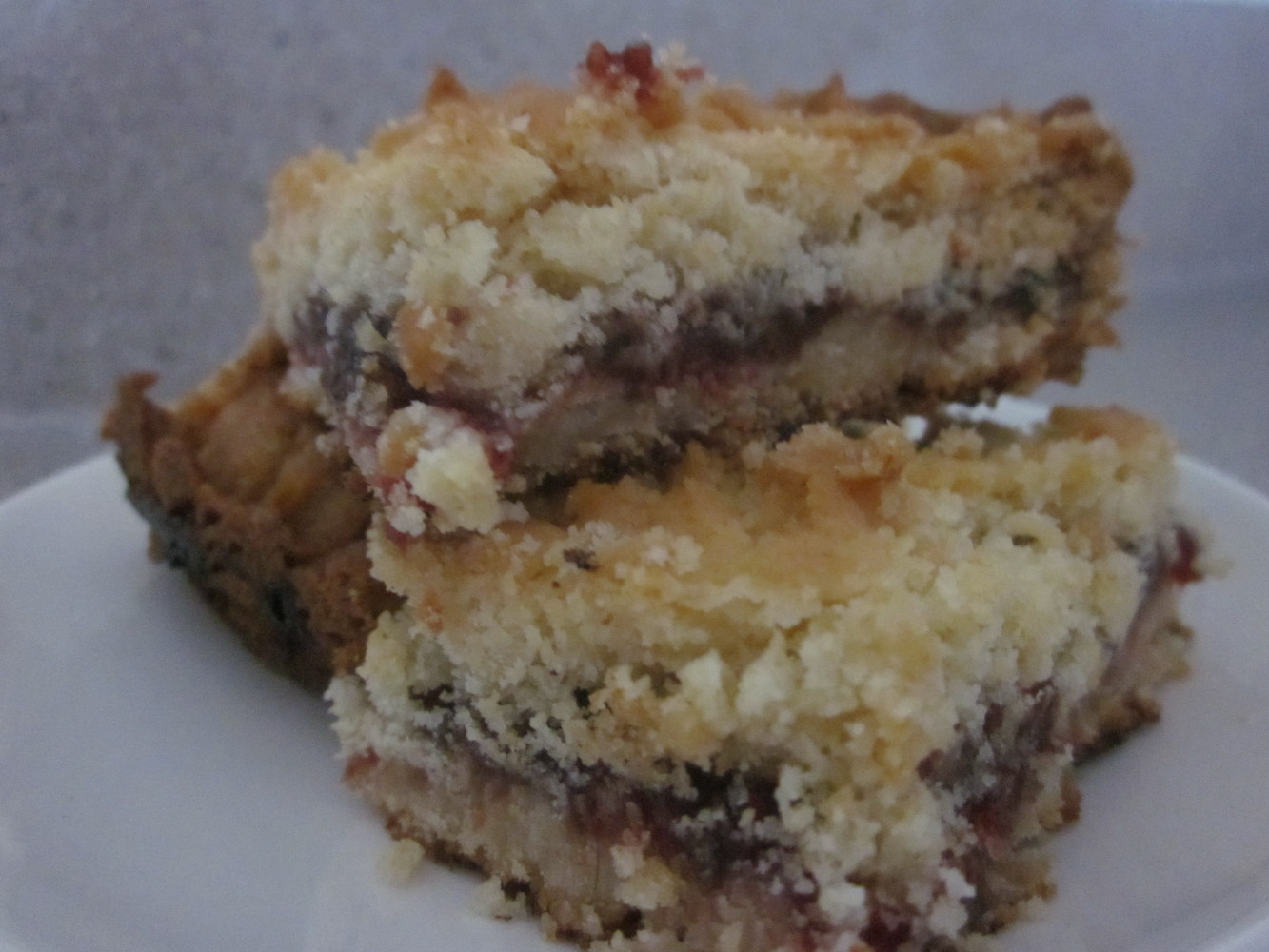 On a run to the farmer’s market with my favorite foodie friend (yes, I’ve mentioned him before and will from now on refer to him as my F3 because saying FFF is too hard to say quickly), I asked him to request something for me to bring to his state capital abode when I visit him on the weekend.

I received many a suggestion from him and his house mates, wavering on vague (marzipan) and interesting (more middle eastern desserts).

The recipe I found is from a source I trust: Saveur magazine. I highly recommend their quiche lorraine  and Pakistani lamb biryani recipe.

Hungarian shortbread is apparently made by freezing the dough, then grating it into a pan with a layer of jam between.

Another thing to know is you need to use European uncultured butter, like the Straus brand listed. However, I found that my local New Seasons carries their own brand for cheaper so look for that sort of deal at your local store.

For the jam, the recipe does not require you make your own. I had some Cascadian Farm organic raspberry spread in the fridge and mixed that with my own lemon verbena raspberry preserves.

The small amount of anise I used in my preserves worked well with the flaky butteriness of the shortbread crust.

The weird thing is I don’t know if my friends were being facetious or not, because Hungarian shortbread  is something light that you bring to a tea party,  and my visiting often coincides with hearty dinners and superfluous beer or wine.