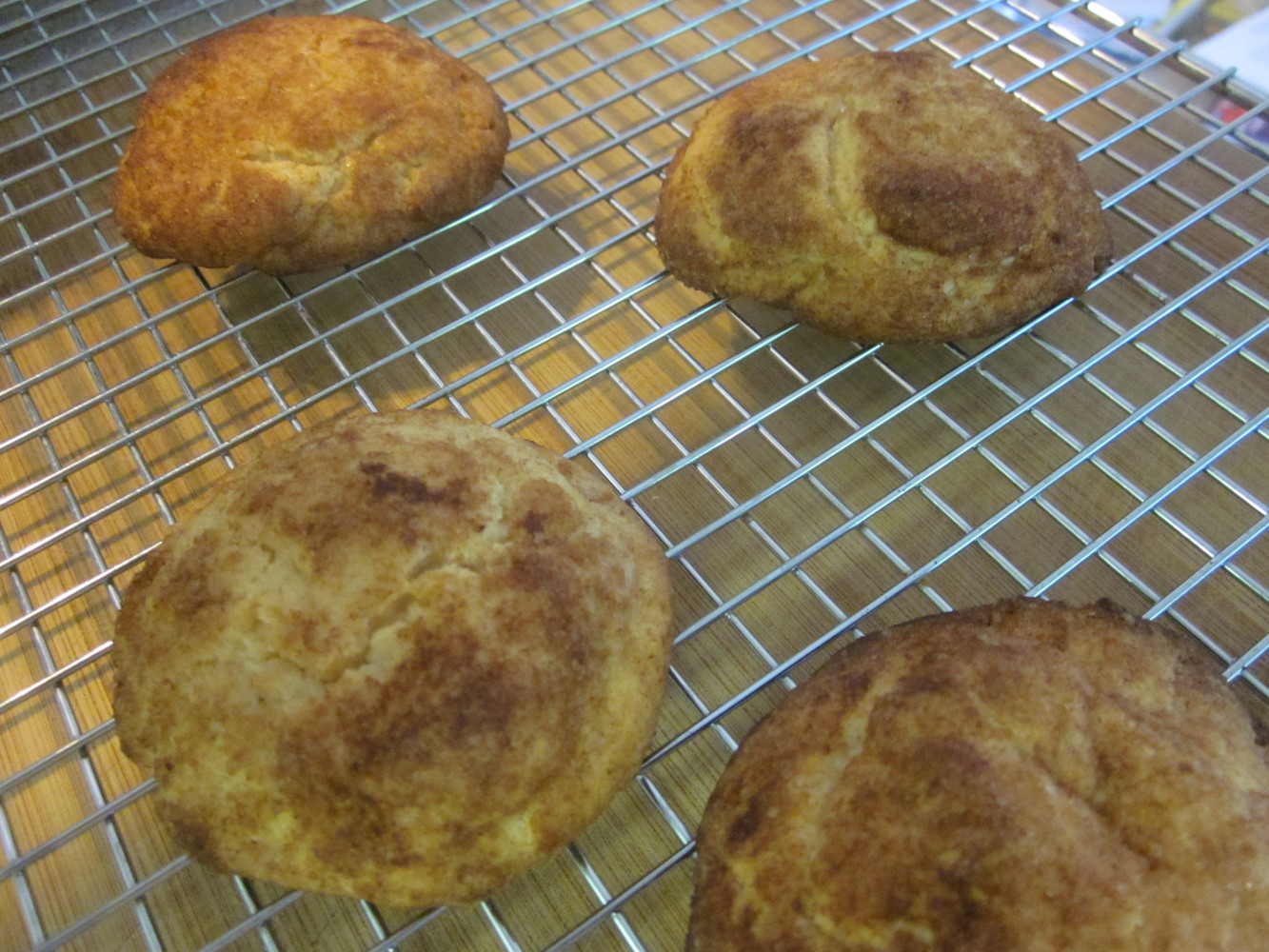 Snickerdoodles are one of my favorite cookies. Mostly because its like eating a cinnamon roll without doing a lot of work.

When I was a kid and made these for the first time on my own, I was surprised to learn that they need to be chilled for about an hour before you roll them in the cinnamon and sugar.

The recipe I usually use is in the Better Homes and Gardens cook book.

During my childhood, my mother had two cookbooks with basic recipes: the red Betty Crocker and the checkered Better Homes cookbook.

But as a child raised in Europe, I found that my tastes favored the Better Homes cookbook, still the more rustic one in my opinion, and the one that whenever I have an ingredient and don’t know what to do with it, I start with Better Homes.

I have nothing against Betty Crocker- there are some fantastic box cake memories I have from college- but Better Homes seems healthier and less like the cartoony food pictures often seen in the overglossed American cookbooks.

Here is the link to the snickerdoodle recipe from Better Homes:

If you use Vietnamese cinnamon, it coats the dough much more thoroughly and your fresh baked cookie tastes more like cinnamon.  I also sometimes like to make ice cream sandwiches with snickerdoodles, using a dark chocolate ice cream so the sweet bitterness combines into the cookie. With vanilla or  regular chocolate, I feel that the ice cream sandwiches becomes too sweet.