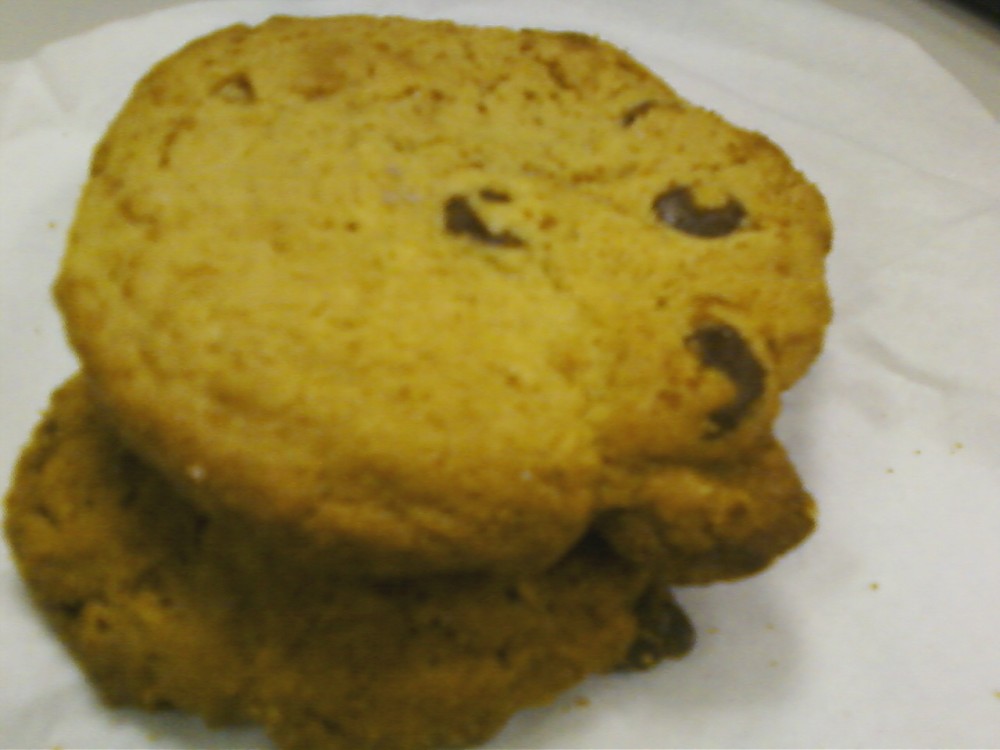 I’ve been chillin’ with my friends a lot lately so that  means I went to Salem again.

One of my friends cooked dinner, which was gourmet broccoli salad, pulled pork with brioche buns and sweet bbq sauce.

I was supposed to bring Indian sweets but after bar hopping with my other guy friends I didn’t get started on the sweets soon enough. So I promised to make cookies instead.

I’m starting to become a seasoned cook that doesn’t use recipes too often except for inspiration, which showed when I told my friend to take out two sticks of butter to soften ahead of time.

And apparently their immersion blender blew out, which they use as a mixer, so I was forced to make cookies by hand.

My friend was pleased because he felt that the shirt he was wearing showed off his guns, so he stirred like no tomorrow with a whisk.

Now I picked out a recipe called Spicy Chocolate cookies,  from a site called Tastespotting, a link my F3 loves for new recipes:

This site generally collects recipes from various blogs and they have some good ones, but the only problem is that after I make something, I can never find the recipe again so I suggest you print out the recipe right away.

They must take down the recipe post or something.

These are similar to regular chocolate chip cookies except there is peanut butter, cayenne pepper and chipotle rock salt.

My F3 and I agreed that walking to Safeway for specialty chipotle salt was moot point, so he suggested using some red wine salt he had in his cabinet, specifically the pinot noir salt. The pinot noir was actually from the winery Seven of Hearts, a winery I have mentioned earlier that I like.

I sprinkled this on top of the cookies when they came out of the oven. The salt and the cayenne didn’t really give the cookies a salty taste but relatively smoky. It was a nice contrast with the sweetness of the peanut butter too.