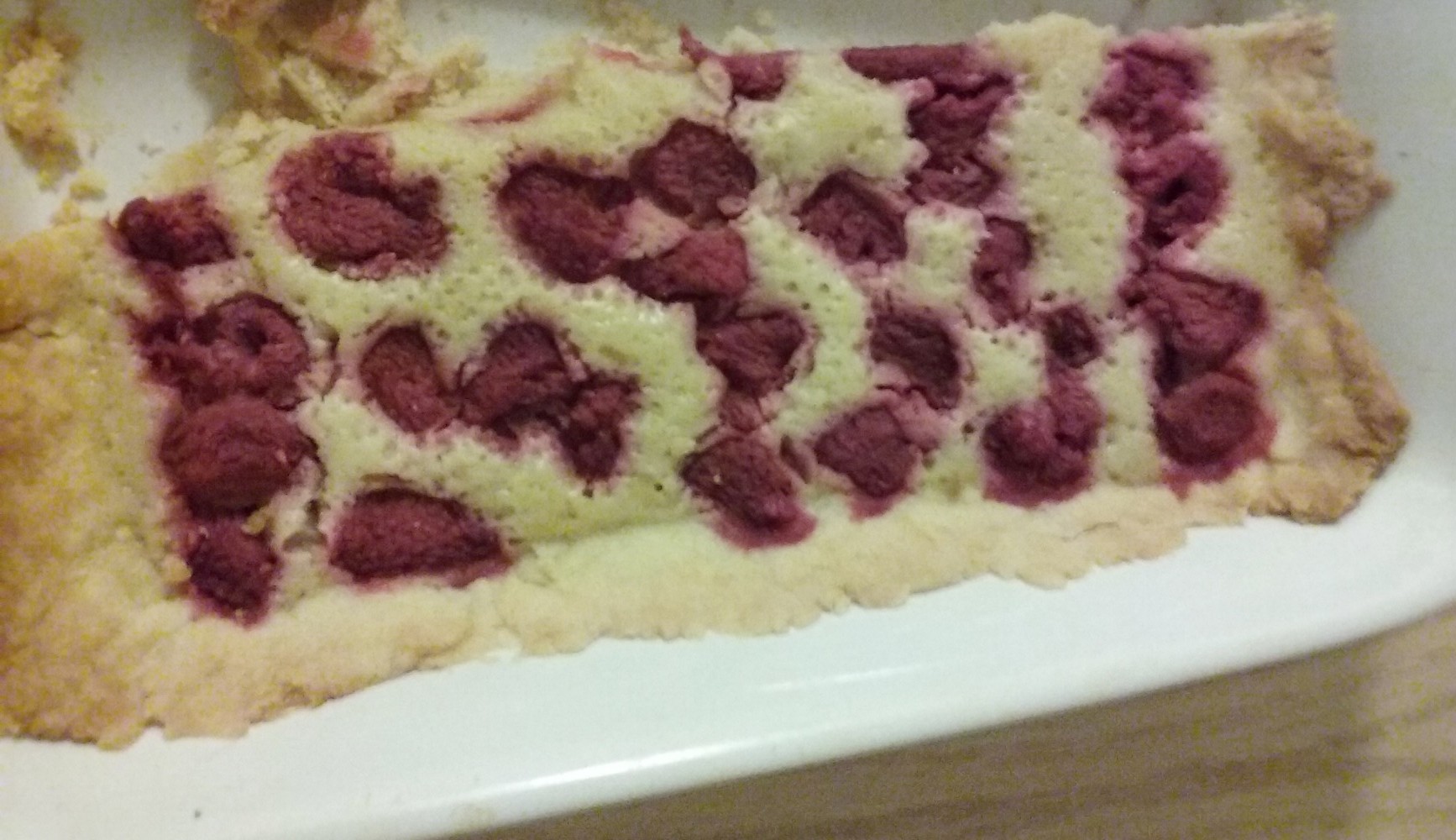 I had never used vanilla bean before so this was an exciting experience.

Last week I decided to make the same tart again because I had raspberries in my freezer and the other half of the vanilla bean from July.

I never used vanilla bean because of the price (like fourteen dollars for one) but for the occasion I was willing to try something new.

And I don’t think I can keep substituting vanilla extract anymore because vanilla bean tastes so good.

The raspberry tart used the vanilla bean browned butter in a pastry cream.

You brown the butter in a pot on the stove until the butter solids separate and turn a golden brown like you would see when making ghee.

Then you let the butter liquid cool down before you add it to pastry cream.

The tart has a nice flaky, buttery crust. The topping of tart raspberries and creamy filling goes wonderfully with some Earl Grey tea.

Or since the Democratic debate was on, my friend and I had some tumblers of brandy to go with it.

Apparently my friend is allergic to raw vanilla bean but cooked through he was okay (still sort of a sad thing to be allergic to).

The recipe only called for a few tablespoons of the vanilla bean butter and for awhile I was a at a loss of what to so with the rest of it.

But then I wanted to make pastries for breakfast like I normally do, and jammy dodgers seemed like the thing to do.

I had homemade raspberry lemon verbena preserves too so it was nice to have another raspberry treat in October.