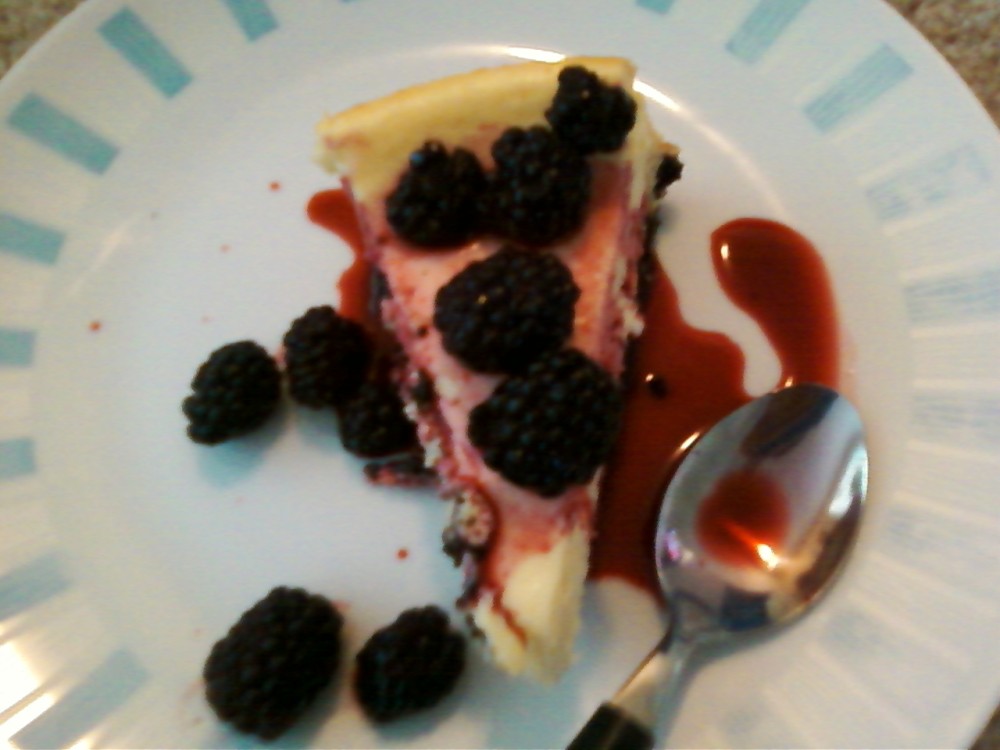 Inspired by a book about booze cakes and having Oreos and berries still at home, I decided to make a cheesecake.

Since the booze cheesecake required more alcohol than I was willing to buy, I used a recipe from The Barefoot Contessa from Food Network.

But I was still shocked by the amount of cream cheese (2.5 lbs) and eggs (5 plus 2 yolks) that the booze cakes book said nothing about.

That meant I had to run out for more cream cheese at 10pm at night.

This recipe was quite good, especially if you have a spring-form pan. I feel like Ms. Garten underestimated the amount of crumbs used  for making the crust, so I had to crumble extra oreos to only cover the bottom of the pan unlike the picture. It also took a lot of time to crumble those by the way, more than I imagined.

At that point, the cheesecake has time to mature and be more like the treats you buy at restaurants.  I feel that Ina’s cheesecake was little on the bland side though there was a bunch of sugar in there too. She called for lemon peel, but I forgot to get that so maybe that helps balances the flavors out.

I also found out that cheesecake starts to get melty in your fridge and messes with the texture again before a week has elapsed. So I will keep you posted on better cheesecake tips when I make my next one and make it again when I can guarantee a group to eat it.