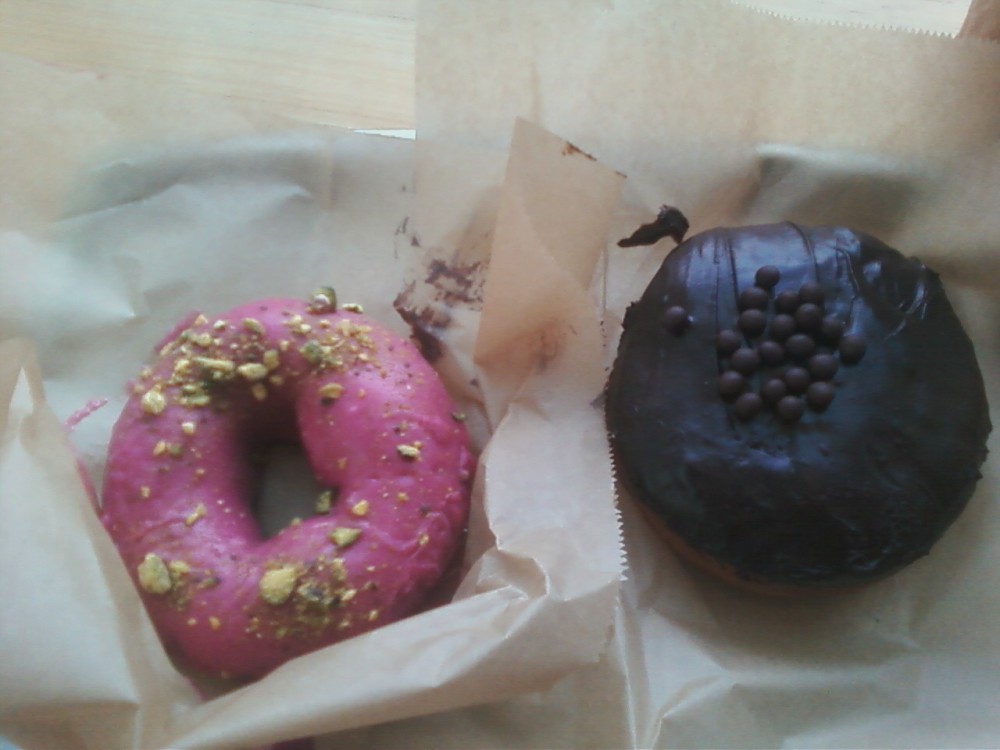 Yes, Portland is the land of Voodoo Donuts, but I am talking about another type that is classicly creative and damn delicious.

Blue Star Donuts came into the Portland scene quite recently, but they now have two stores that are open until they sell out. One is downtown and the other is on SE Hawthorne.

At first, I was hesitant if they were good or not, mostly because of their fried chicken donut, but their other flavors of bourbon basil and strawberry balsamic really piqued my taste buds.

I usually get a chocolate ganache donut (whether sprinkled with coconut or toasted almonds) and one other kind.

Today I got the raspberry pistachio cake donut and one of my favorites, the Valrhona ganache filled with vanilla bean cream.

The cake donut had a creamy raspberry texture, and the crunch of the pistachios added a nice dimension, creating a fresh taste to an otherwise heavy breakfast food.

The Valrhona ganache (named for the use of the Valrhona chocolate brand) was as great as ever, with ganache as thick and velvety bitter as hot fudge.

I also enjoyed licking the gooey vanilla bean out of the crevices of the fresh donut.

Paired with some black Stumptown in Portland, and followed by a jaunt through Powells bookstore, today was a great Sunday.