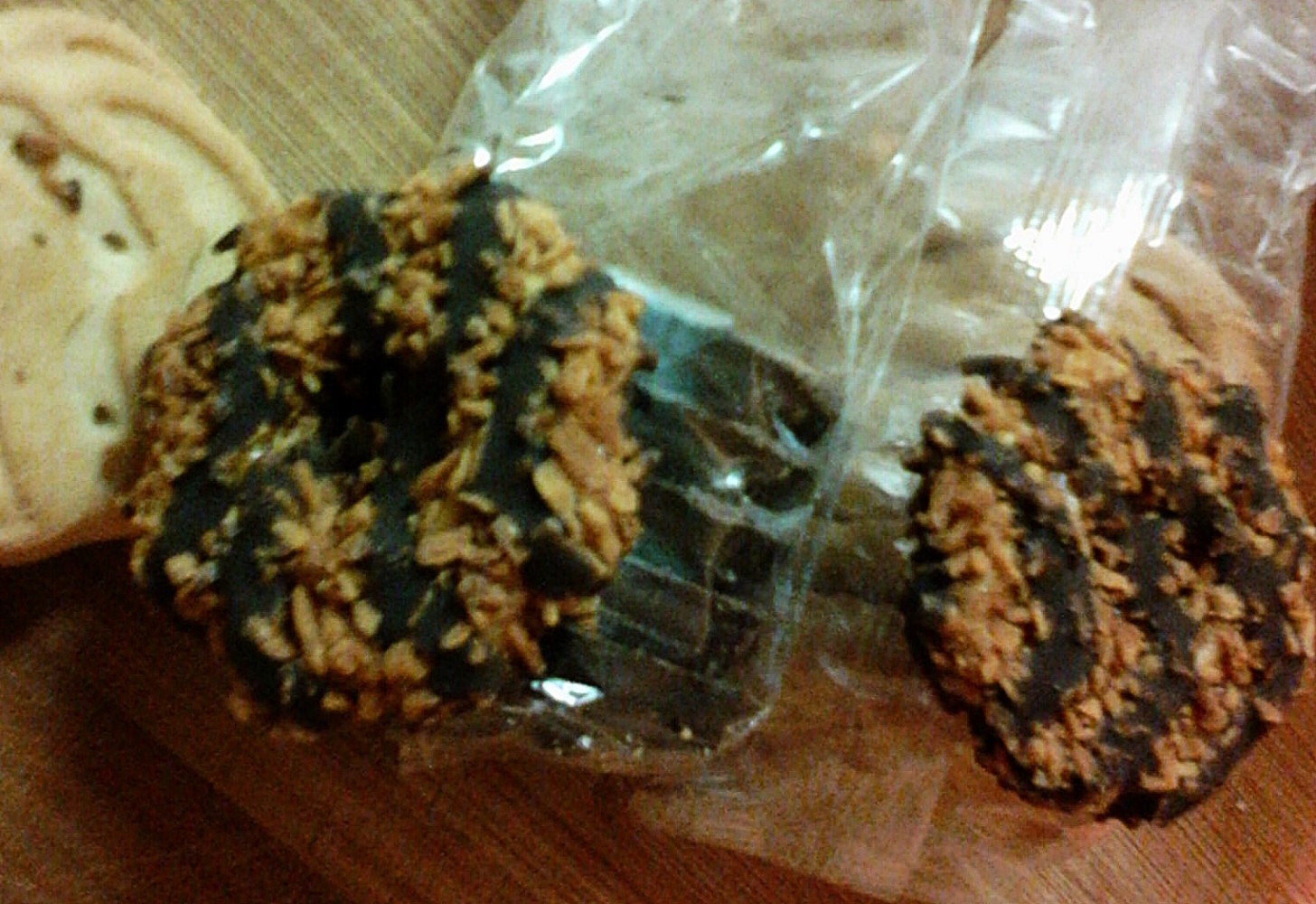 After a bizarre week, I needed a movie night with beer. My friend was more than happy to provide, along with girl scout cookies.

I made some popcorn, and we watched a bit of Tenali, a virtuous Indian cartoon for children with creepily animated characters.

Then we watched a Mystery science theater, The Deadly Mantis, which may or may not be an extended public service documentary about cartography and radar. The main character, the paleontologist, was apparently on Perry Mason a lot.

Anyways, my friend was so cool that he researched how to pair beer with girl scout cookies on the Internet.

He bought a vanilla porter and an Espresso Stout.

The vanilla porter went well with the Tagalongs (the peanut butter chocolate cookies) as well as the Samoas (the coconut chocolate caramels).  The creaminess of the caramel and peanut butter was great for the smooth and sweet vanilla tones.

The Espresso stout heightened the chocolateyness of the thin mints and created a whole complexity of flavors for the Samoas. We also had the trefoils, which are buttery shortbread cookies that worked for both because of the singular flavor.