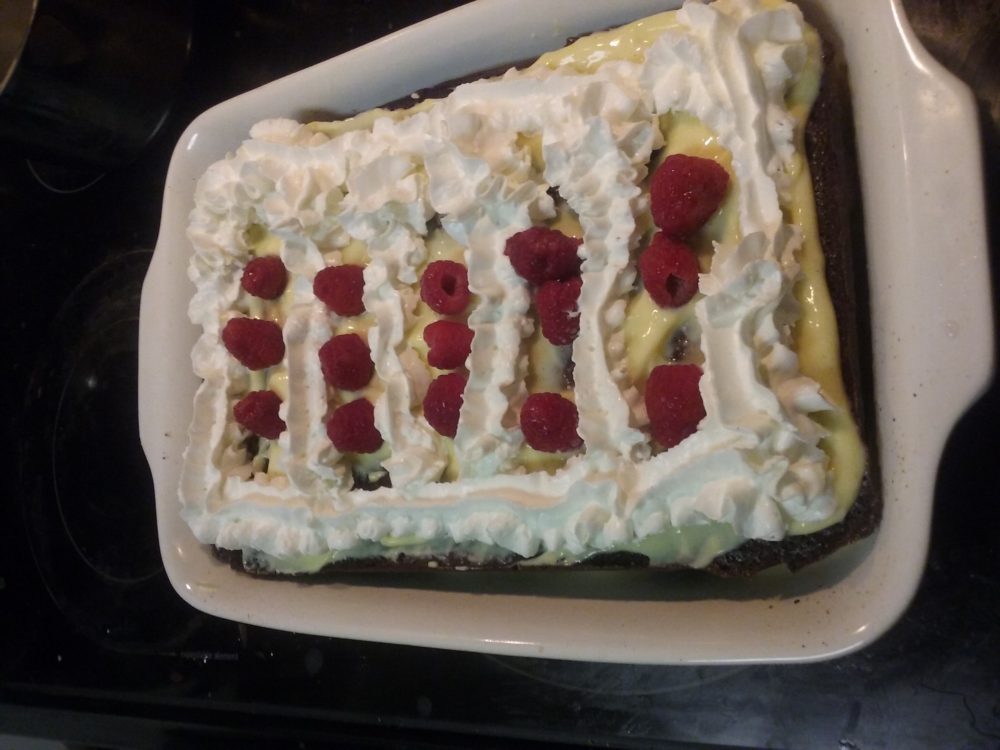 So I posted about this epic cake that was brought for a work potluck and decided I wanted to recreate it myself, because 1.) It was delicious and 2.) I had a bag of pastry cream in my freezer.  My birthday was in August, and since my friend is awesome, he would help me assemble the deliciousness.

After asking the guy at work for tips, I decided we would have two layers of genoise: one chocolate and the other vanilla. We also had lots of fresh fruit on hand because it was summer time, so that meant blueberries and raspberries. I decided not to make my own whipped cream to cut down on the work because layering already was going to be an ordeal.

The birthday weekend was busy and relaxing but had some laments about when we were really going to build this cake. Also, the pastry cream did not freeze very well (I’m going to have to learn how to do that) so we had to make a new batch.

Also we spontaneously got the gusto to make meringues for a layer because we had so many egg whites that were leftover from making ice cream (I’ll have more about this later).

The finished product was a relief and the taste was pretty delicious. But it was so big I shared with others (which is another way to reign in dangerous sugar hedonist ways). I really liked the addition of the meringue because the crispy texture with fresh fruit is always a winner.

The other issue with this cake is that it starts to deflate and get soggy after a few days. So the faster it is eaten, the better.

Some things I will have to learn for next time: make the genoise more spongy and LEARN HOW TO FREEZE PASTRY CREAM.