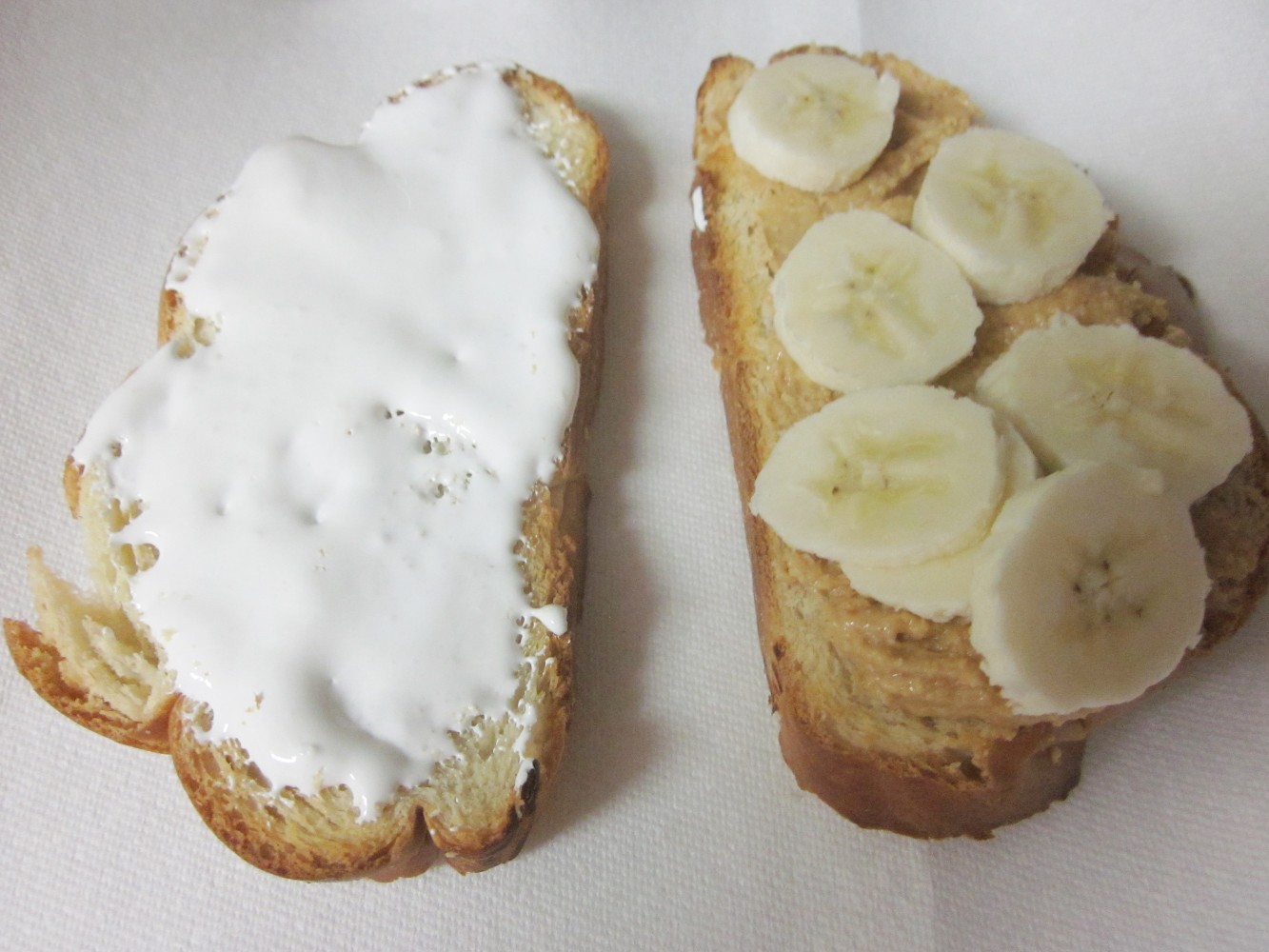 I think I might be one of the few Americans that hasn’t had a fluffernutter sandwich before.

And when searching the internet for a perfect recipe, people also apparently make other recipes with this winning combination, like cookies, dips, cakes and something with candied bacon:

My challenge was picking out the perfect bread because sources suggested white (which I won’t eat for lack of flavor even through Wonder is ultimate American) or wheat (and there are too many kinds that would not fit the  sweeter profile).

I went with challah, the Jewish bread that is fluffy, slightly sweet and often the best choice for french toast.

So then, my fluffernutter cherry was broken, and I felt deprived for not experiencing it sooner!

Because it is freaking amazing!

And I am glad I have a whole loaf of challah to go through with marshmallow fluff and peanut butter.

I toast the challah for a few minutes in the oven, just so it gets a crusting top but without browning it at all (try the lowest toaster setting if you are using a toaster).

Then I set it out so it cools off for a little bit and won’t melt the spreads too much.

I use the Durkee Mower marshmallow fluff from Massachusetts which is also ideal for candy making. I feel like the Kraft version is lacking texture.

At the suggestion of a recipe online, I also sliced up bananas and placed them on the peanut butter layer.

After you finish one of these sandwiches, there is a buzz from the sugar high on your way to HEAVEN!