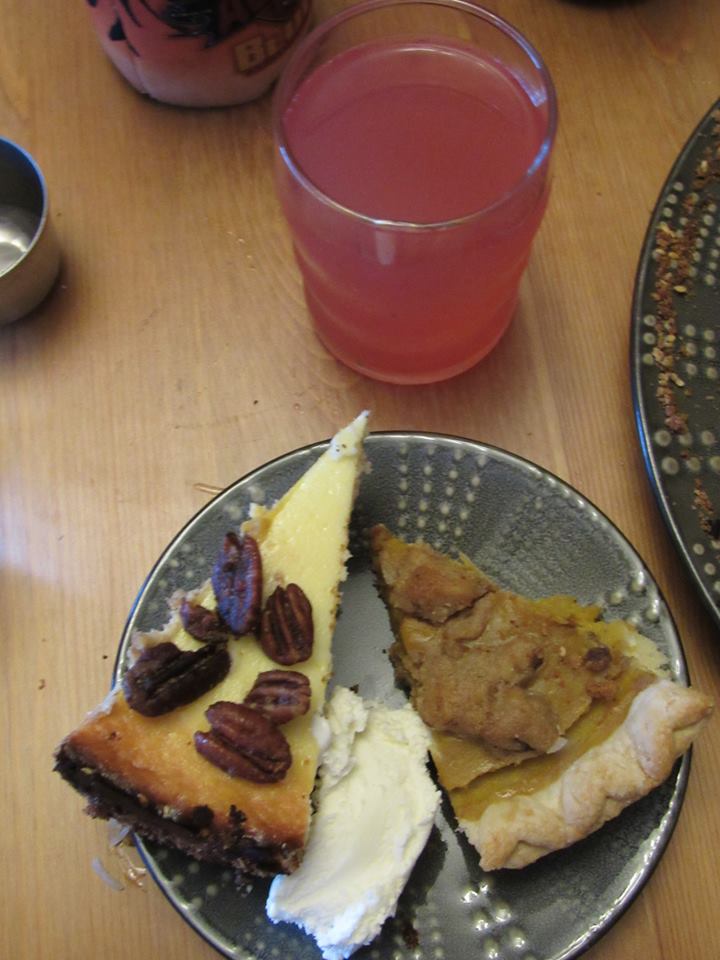 My Salem friends got into a bizarre argument about Thanksgiving.

Some of them wanted a goose, even though they could not afford one.

My F3 wanted a traditional Thanksgiving and my other friend wanted a Chinese themed Thanksgiving to make things more interesting.

As the indecision of this continued, they agreed I could make a dessert.

I brainstormed a fusion kind of idea to try and please everyone. Those two were a hard combination to make a tasty dessert out of.

But I decided on an orange cheesecake with spiced pecans and a toasted sesame graham cracker crust. I used Ina Garten’s recipe again (the one I used in my first cheesecake entry) but added a touch of orange extract because I found it in my spice cabinet.

Instead of lemon zest, I added orange zest, but maybe I need a microplane because the peel came out in large strands. Other than that, I liked my cheesecake because it was a change from the classic cheesecake.

My F3 did win the argument for a traditional Thanksgiving, but I did try to appeal to my other friend  with this dessert and wearing a pink cheongsam dress.