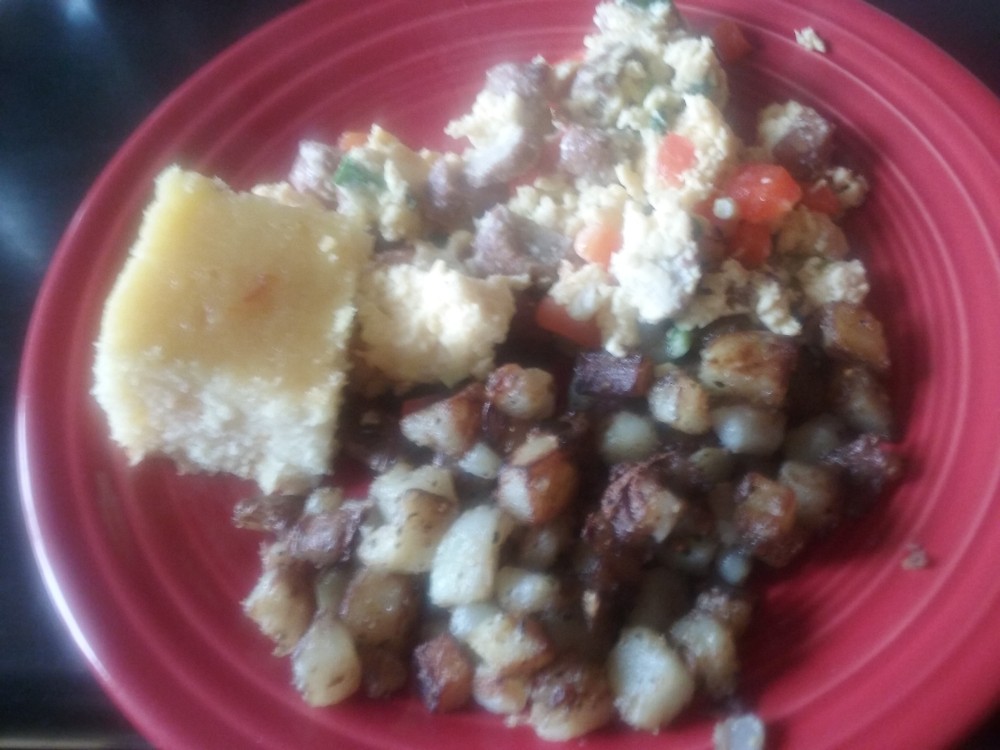 I hadn’t seen my friends from college for awhile and one of them suggested we do brunch. My friend Peter is the only one of my friends who is married. He has a nice wife and two children.

I decided that I would try making a semolina cake from the Jerusalem cookbook by Yotam Ottolenghi and Sami Tamimi. When I was visiting my mum’s friend in Mumbai, India, she did a lot of cooking with our Israeli friends. I remembered this cake being citrusy and fresh tasting so it would be the perfect accompaniment to the otherwise savory brunch.

This cake definitely started out as an adventure because I had to go to three different halal markets to find semolina. Semolina is made of durum wheat and kind of looks like yellow flour.

The cake does contain a large amount of citrus in the orange variety: marmalade, juice, orange blossom water and orange peel. I have got to get a better way of zesting though because my peeler makes long strands of orange zest. So then you are eating a long string of orange peel can be found in a bite of cake.

The recipe also called for loaf pans which I did not have. I used a 9 by 13 pan instead.

I feel like the cake turned out fine, but it might have lacked the density that I was used to when my Indian friend made the cake (hers was better by the way).

This recipe also called for brushing the cake with a large pot of orange blossom syrup (1 cup of sugar, half cup of water). The instructions said to brush the syrup right after the cake is taken out of the oven, but I waited because I made the cake the night before. I was worried that too much moisture would get into the cake.

The cake already had a ton of sugar in it as well, so I decided to brush only a little of the syrup on top.

The cake was great for breakfast because of the lighter consistency compared to the other heavy breakfast items. I will be purchasing a loaf pan though because it would be helpful to make more dense cakey breads!

In the photo above, my cake is on the left and next to fried potatoes and a sausage, cheese and veggie scramble.