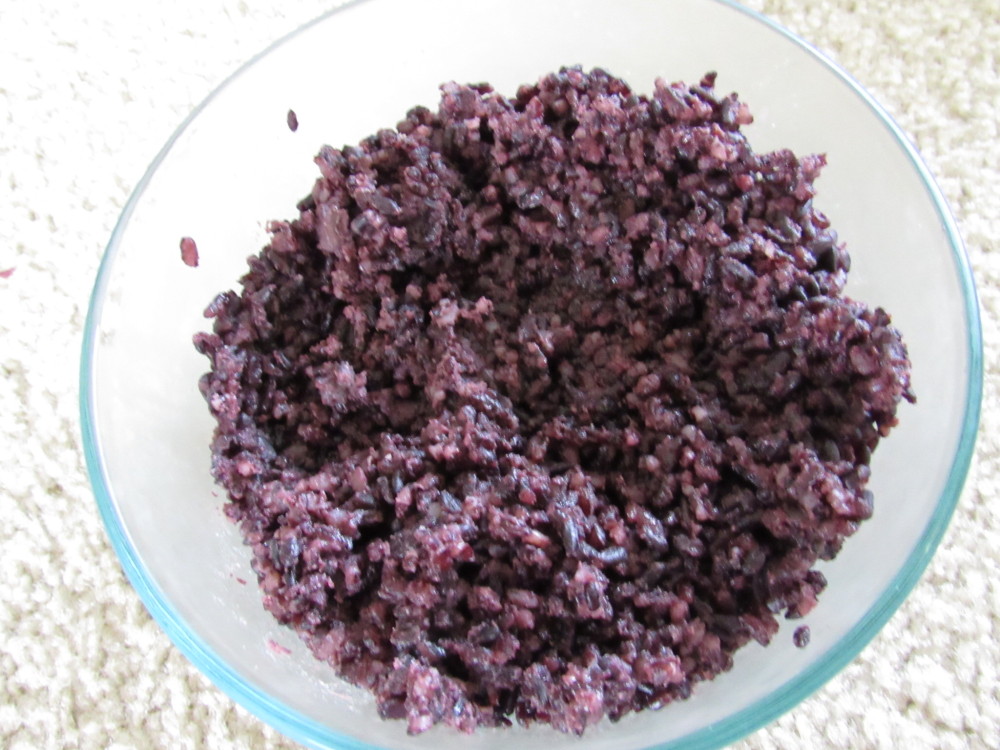 One thing I am enjoying about the dating scene now is that I am meeting men who cook, and like it.

No more of this, I can just make amazing eggs for you in bed the next morning, this is intermediate stuff:  Thai cuisine, a type of cooking I even struggle with because of the complexity. And some of these men have learned to cook this in Thailand too!

Men who cook please me immensely. It means they are willing to help cook and are adventurous eaters.

So on a second date recently, since getting to know someone is helpful to do through doing an activity, we decided to make Thai food, which meant I experimented with Thai black rice pudding.

I have had this dessert many times at restaurants and there was coconut milk and forbidden rice at home already.

So it was time to pick a recipe off the internet. Many recipes appeared to be the same so I just used a couple for reference and started cooking.

I did some research on forbidden rice as well and apparently I had the Chinese kind that had a different texture.

I decided to go ahead with cooking anyways because some of the recipes said it was okay.

The nice thing about this dessert is you do not have to babysit it. You just rinse the rice and water, pour in the sweeteners (coconut milk, sugar and in my preference vanilla), and let it boil.

I also really wanted some lavender but I couldn’t find any.

The texture for this rice pudding was much denser which I did not like, but also slightly more savory, which I did like to complement the sweeter flavors.

Now during this adventure, I have found a Thai market near me so I will have to find the darker Thai rice.