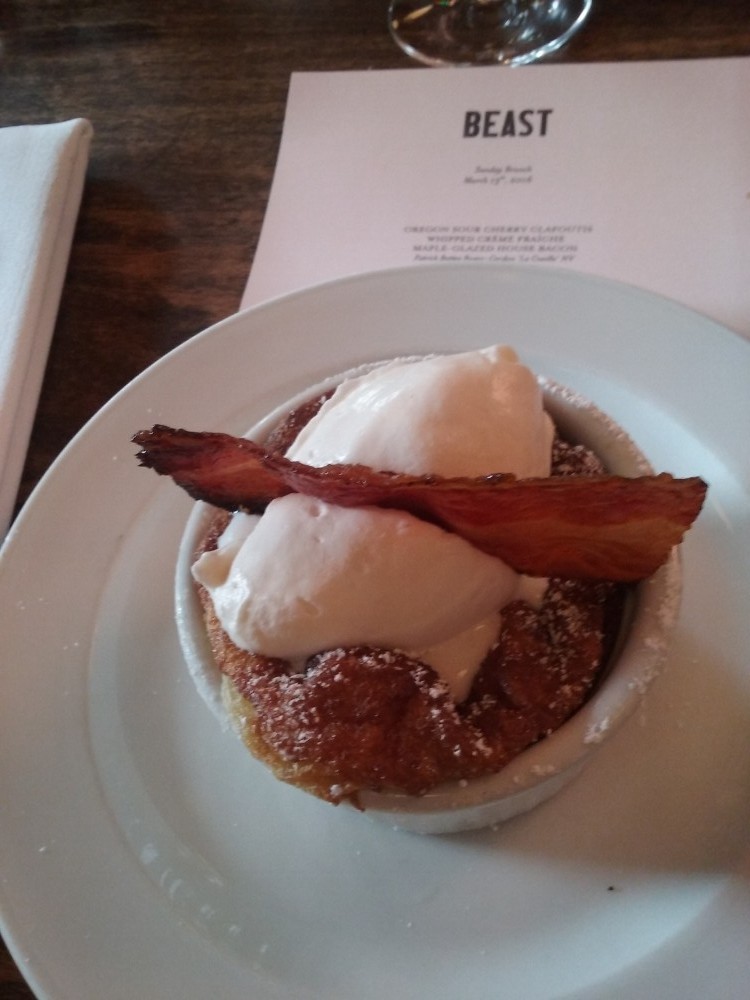 So there is this fancy restaurant in Portland called Beast, which I would say is the fanciest place I know in Portland.

I have been there for dinner and the price has gone up to $100 a plate (and that’s sans wine pairings).

I decided I wanted to go there for brunch since now the price is $49.

I went with some friends including my F3 and his mum.

The starter pastry was a sour cherry clafouti with candied bacon and whipped cream (pictured above).

The clafouti was delightfully light and airy, similar to the texture of a dutch oven pancake.

The bacon was maple sugared and glazed and we guessed it might have been blow torched.

The guys said that they wish they had more of those bacon strips to nom on.

We also encouraged my F3 to do that in his home kitchen.

I found the bacon to be too sweet and I would have liked it more crispy. I ate this with a cassis flavored mimosa.

We were served a bete noire for dessert. Before it arrived we tried to google image search this and many images for a beast’s shadow came up.

Foodwise this is a bete noire apparently: 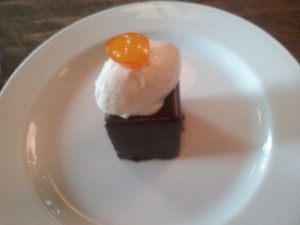 A dense chocolate cake with vanilla bean whipped cream and a slice of kumquat on top.

The waiter said there was a layer of ganache on top but truly it was like eating a giant truffle. And me, the sugar hedonist had trouble finishing this small square because it was so rich.

I would have liked more kumquat flavor to make this dessert more complex but Beast really goes for presentation.