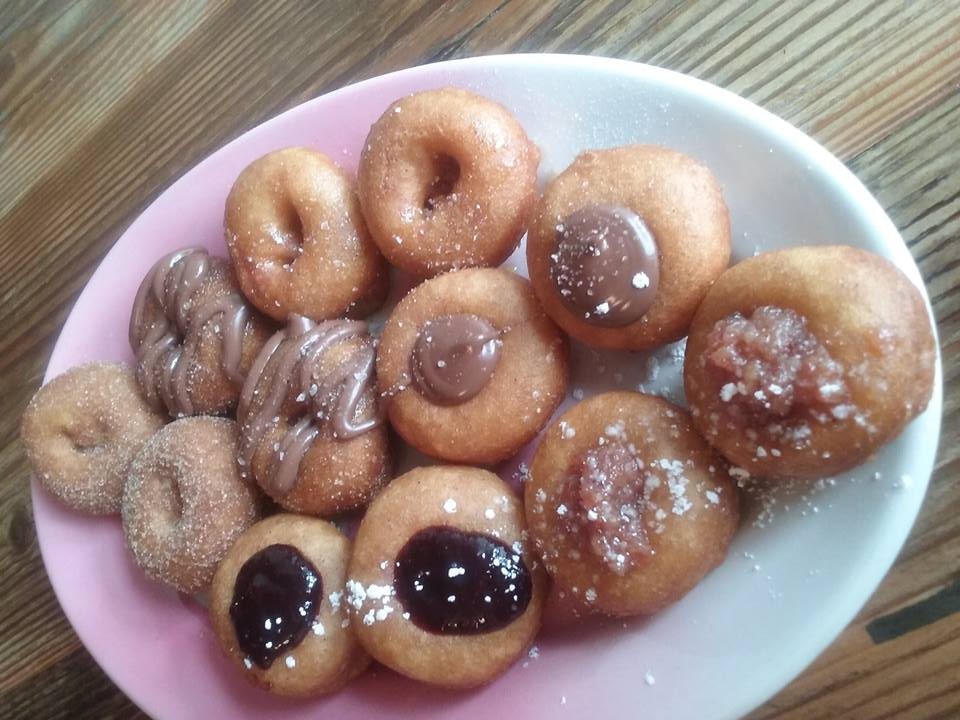 This autumn it seems that donuts are following me to my workplace and my friends are requesting to go in search of them over the weekend.

And people are just eating them around me in general.

I admit that I had three donuts this last week.

The newest addition to the Portland, OR donut scene is also a place for chai, called Pip’s doughnuts. 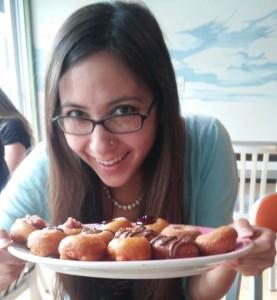 Their flavor rotation  extends to their chai, which I was skeptical about at first because I like a lot of homemade Indian chai.

Not the bland creamy Americanized chai that lacks spices and  can only be acceptable with espresso to make the dirty chai drink.

So since I just ranted about good chai, you can see how important flavor and spices are to me. The menu at Pip’s  pleasantly surprised me and exceeded my expectations. Each chai has a fun name, like the King and I, or the one I got, the Rose Gold with inventive ingredients like turmeric and coconut milk. My friends opted for more traditional flavorings like vanilla and clove.

There are just so many options for chai there!

So I would stand in line for a long time again for that chai more than the donuts!

It’s not that the donuts weren’t good, I just felt that they were trying to be a little too gimmicky, especially the bacon donut which tasted much too salty. And the lavender came on way too strong in the other donut.

The simpler donuts like the sea salt nutella, cinnamon or honey  highlighted the texture of their cake donut much better.